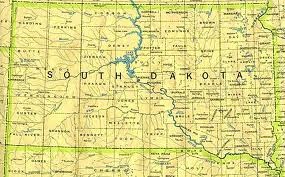 GOP-More Proof of No Need To Worry About Teacher Shortages

The back to school specials can only signal one thing: Christmas specials will be starting in about 4 weeks.  It also means that parents are eagerly looking forward to sending their children back to school and the teachers that are starting to worry about getting everything ready in time for the start of the new year.  That is if there will be a teacher at the school for the teacher.

Leo Kallis posts several tweets reflecting concern of superintendents all over South Dakota worried about find the best applicant to teach your child.  They are some scary statements.  Superintendents from small schools and big school, from East River and West River, from elementary level concerns to high school staffing concern are voicing huge red flags about the state of the teaching profession in our state.

A few of the tweets include:


-RC Supt. @tmitchell212 said one elementary in his district has had 5 offers declined by teacher applicants because of salary. #SDLeg

-DeGroot [from Brookings] said he has to "convince" applicants to take a job. Added that applicants used to be giddy to be hired. #SDLeg

The problem is compounded by the fact that more people are getting out of the teaching profession altogether.  A report on NPR stated:


"Roughly half a million U.S. teachers either move or leave the profession each year," reads a new report from theAlliance for Excellent Education, an advocacy group. And this kind of turnover comes at a steep cost, not only to students but to districts: up to $2.2 billion a year.

It is clear that something has to be done.  I know that this may come as a shock to basically no one except several member of the South Dakota GOP.  Remember that in January of this year a special education committee reported that there is a teacher shortage crisis in our fair state.


According to a resolution approved on a 10-4 vote by the interim education funding formula study committee, “teachers are in short supply in this state, and that school districts of all sizes are now struggling to retain qualified teachers and to fill teacher vacancies.”

The resolution suggests the Legislature explore tuition-reimbursement programs, other programs or policies “that could help attract more good people into the teaching profession in South Dakota and to keep the good teachers that are already here.”

The resolution points out that teacher salaries are higher in neighboring states and some teachers are leaving South Dakota for those jobs.

The resolution also argues that “fewer and fewer” college students are seeking education degrees with plans to become teachers.

Ernie Otten and Isaac Latterell, District 6 members of the South Dakota Legislature, voted against the resolution.  They chose to ignore a clear study that was done and that also had no specific mandates included in a resolution to say "Hey, teachers will be just fine."  Isaac Latterell never made his reasoning clear behind his vote (because why bother with the little people of his district that he likes to visit when it is time for re-election).  Ernie Otten's reasoning was very troublesome.  He didn't want to be put in the corner in the future when someone might ask for more money.  To put it another way: This is going to be really hard and might require me to do something to find funds or be clever to deal with a real problem facing the people of South Dakota.

It is time to start realizing the fact that something must be done.  We need to stop treating teachers as villains and support them.  The South Dakota legislature can make a positive impact towards restoring faith in our teachers.  It will require courage.  It will require out of the box thinking.  It will require people who are not afraid to embrace the problem.  It will require someone other than Ernie Otten and Isaac Latterell.
Posted by M Larson at 7:43 PM